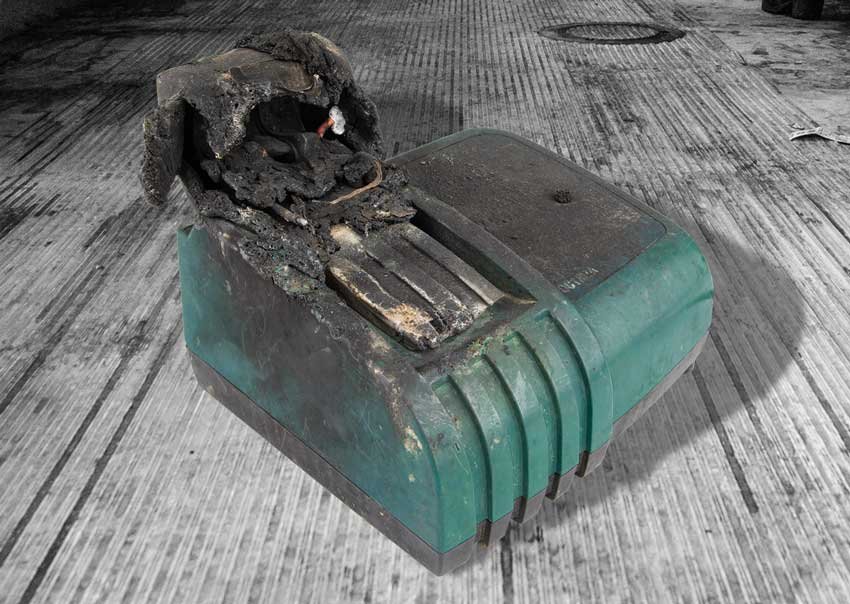 We know it’s tempting to grab a third-party replacement battery online. We hear stories from people who let us know they’re just as good as the original at a much lower cost. But are they really? We’re teaming up with Power Tool Institute (PTI) and its Take Charge of Your Battery campaign to take a look at why you should always use original manufacturer power tool batteries and chargers.

Why You Should Use Original Manufacturer Power Tool Batteries and Chargers

Today’s cordless power tools are much more complex than what we used 10 or 15 years ago. Most have built-in electronics that let the battery and tool talk to one another in real-time. There are also additional electronic communications that happen between the battery and the charger.

Without the ability to communicate during use, you run the risk of lower performance and a shorter life from the tool. Place a third-party battery on a manufacture’s charger, and it can overheat, reducing its life or even causing complete failure.

Those aren’t the only consequences, though. In the worst-case scenario, a knock-off battery can cause the tool’s motor to burn up if it starves or pushes too much current through it. In addition, batteries can catch fire on the charger when cell temperatures aren’t being properly monitored and managed.

While communication plays a huge role in why you use original manufacturer power tools batteries, there are other elements. Not all lithium-ion cells are created equal. Original batteries from Power Tool Institute member manufacturers use cells with proven designs, strict quality control, and longer lasting capacity.

Knock-off batteries don’t necessarily use cells from those manufacturers because the name of the game is lowering costs. Those cheaper cells carry a higher risk of failure, particularly when you combine them with a lack of electronic communications during charge and discharge cycles.

When tool manufacturers design a battery-operated product system, both cell and component selection have an effect on a system’s ability to efficiently deliver energy. Advancements in motor design and cell size allow increased power levels not possible in many older designs. When you use a cheaper knock-off battery, you run the risk that the battery may not be compatible with the energy demands of the system, which can lead to damage to the battery, tool or charger.

A battery housing does more than just give the pack an identifiable look and feel. Each one is intentionally designed to help dissipate heat. It can even help channel water and debris away from the electronics and reduce the effects of vibration.

Heat, moisture, vibration, and excessive impact are four of the top ways to make a battery fail or significantly reduce its life. Without the specific design of the battery cover and additional components inside it, the pack won’t handle those well, forcing you to replace batteries more frequently.

If the risk of failure or reduced performance and life aren’t enough, there are some other consequences of using knock-off batteries. For one, the battery, tool, and charger are no longer a UL or CSA-approved system. The testing each tool goes through is dependent on testing an original manufacturer battery along with it. Third-party batteries are not always held to the same standard which can again, result in fire, property damage or personal injury.

You also potentially void your tool and charger warranties as soon as you put the knock-off battery on the tool or charger.

Even though there are videos and stories out there of people successfully using knock-off power tools batteries, they don’t tell the whole story. Whether you’re talking about a tool failure, a failure that leads to property damage, physical injury, or just shorter battery life and capacity, the money you save buying a cheaper battery may result in a much more expensive experience over time.